2021 Skoda Fabia Officially Revealed With More Of Everything

After Volkswagen revised the Polo and SEAT did the same for its equivalent Ibiza in recent days, it is now Skoda's turn to tweak the Fabia....

HomeNews2021 Skoda Fabia Officially Revealed With More Of Everything 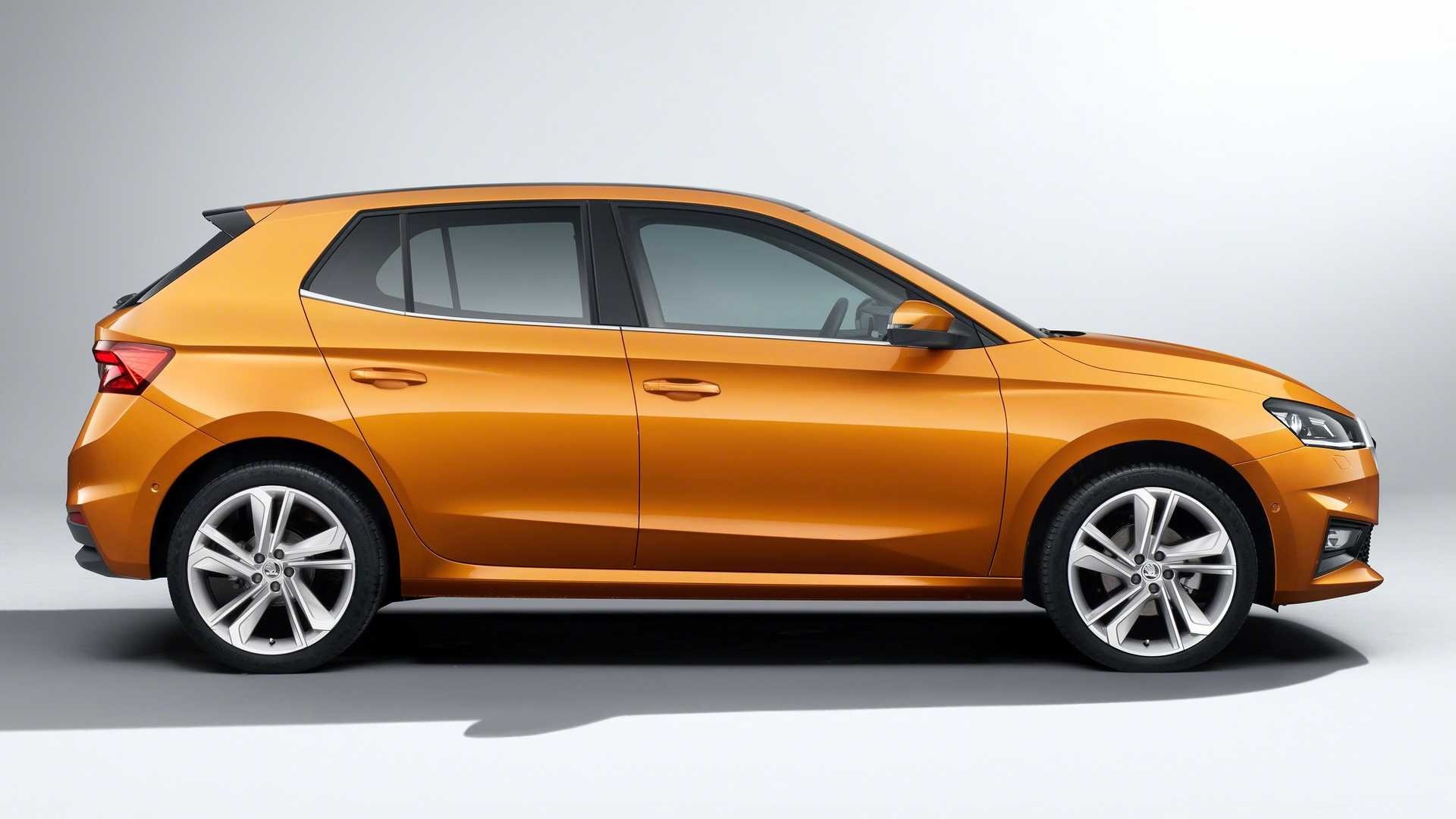 2021 Skoda Fabia Officially Revealed With More Of Everything

After Volkswagen revised the Polo and SEAT did the same for its equivalent Ibiza in recent days, it is now Skoda's turn to tweak the Fabia. While its sister models received a mid-cycle update, the Czech supermini is switching to a new generation that finally brings the small hatchback in line with its MQB A0 siblings.

The Fabia Mk4 is a vast departure compared to its predecessor on all fronts. As expected for a Skoda, it is bigger than its platform-sharing counterparts to enable a spacious interior and best-in-class practicality. At 4,108 millimeters (161.7 inches) long, the not-so-little hatch is now 111 mm (4.4 in) longer than before. Most of the stretch is found in the wheelbase, now 94 mm (3.7 in) longer than before to reach a generous 2,564 mm (101 in).

It remains a city-oriented car as before, but with the cargo capacity growing by 50 liters (1.76 cubic feet) to a VW Golf Mk8-matching 380 liters (13.4 cu ft), the Fabia is now large enough for a weekend getaway. Fold the rear bench and the total volume grows to 1,190 liters (42 cu ft). The all-new body is also far sleeker than before, with the drag coefficient dropping from 0.32 to what Skoda says is a segment-leading 0.28 to improve fuel efficiency.

Numerous spy shots had painted an accurate picture of what to expect from the exterior design long before today's debut. The mini-Scala vibe should not come as a big surprise, but Skoda is spicing things up with new Orange Sunset and Graphite Grey paints and up to 18-inch wheels. High-end versions of the Fabia will be offered with a contrasting Black Magic or Graphite Grey color for the roof, side mirror caps, and the front grille frame.

As expected from press images released on a new model's launch, the adjacent gallery depicts a range-topping Fabia with full-LED lights front and rear along with a panoramic glass roof. It also boasts a grille-mounted radar for the safety and assistance systems, plus sensors for Park Assist that works at up to 25 mph (40 km/h) and takes care of the steering.

The interior has been completely redesigned and it too has a strong Scala (and Kamiq) inspiration. Some would argue it also bears a striking resemblance to the Ibizia's cabin post facelift, right down to the circular air vents introduced by SEAT for the supermini's mid-cycle update. The Fabia finally gets the company's 10.25-inch digital instrument cluster and a touchscreen infotainment up to 9.2 inches in size.

Other first-time applications in the Fabia include dual-zone climate control, heated steering wheel, heated windshield, LED ambient lighting, and central air vents for the rear seats. There's also a central armrest in the back that we rarely see in Europe's competitive B hatchback segment. Switching to VW Group's latest underpinnings has brought skin-deep changes, including improvements not visible to the naked eye. We are specifically talking about a quieter cabin after doing aeroacoustic simulations to detect and eliminate noise sources.

The engine lineup includes the familiar suspects, kicking off with a naturally aspirated 1.0-liter gasoline engine with three cylinders. It's offered with either 65 or 80 horsepower, and in both cases, it develops 93 Newton-meters (69 pound-feet) of torque channeled to the wheels exclusively through a five-speed manual gearbox. This base Fabia takes its sweet time hitting 62 mph (100 km/h), taking 15.5 seconds with the lesser MPI engine before reaching 107 mph (172 km/h) and 15.1 seconds for the sprint en route to 111 mph (179 km/h) with the slightly more powerful engine.

The flagship Skoda Fabia will see the return of a four-cylinder engine, a 1.5 TSI with 150 hp and 184 lb-ft (250 Nm) as seen in the bigger Scala and Octavia. Offered only with the DSG, the bigger powertrain helps the stylish supermini complete the sprint in 7.9 seconds and reach a respectable 140 mph (225 km/h).

The Fabia lost its diesel engine with the third-gen model's facelift and won't be coming back for the Mk4. Also missing is any kind of electrification, so those searching for a mild hybrid, full hybrid, or plug-in hybrid setup will have to look elsewhere. The flip side is all gasoline engines are from the Evo family, meaning they are equipped with the latest fuel-sipping tech.

Speaking of which, electronically controlled cooling vents in the lower intake cut fuel consumption by 0.2 liters / 100 km at a constant speed of 75 mph (120 km/h). Aero wheels play their part as well to maximize every drop of gasoline used. Skoda will sell an optional 50-liter fuel tank to enable a diesel-like range of more than 900 kilometers (559 miles) based on the WLTP cycle.

It would not be a proper Skoda without a vast array of Simply Clever goodies, and the Fabia offers a whopping 43 nifty little features. Five of them are debuting on a car sold by the Mladá Boleslav brand: removable cup holder between the front seats, credit card clip in the center console, storage container on the transmission tunnel for rear passengers, flexible trunk compartment, and a sunshade for the panoramic roof.

Skoda's second best-selling car after the Octavia, the Fabia has racked up more than 4.5 million sales since its launch in 1999. Available initially only as a hatchback, the Mk4 will get a wagon version in 2023. In the meantime, the current Fabia Mk3 wagon will be sold alongside the revamped hatch.