Toyota’s effort to keep the next-generation Land Cruiser hidden from the public has failed. Spy shots have revealed the hulking... 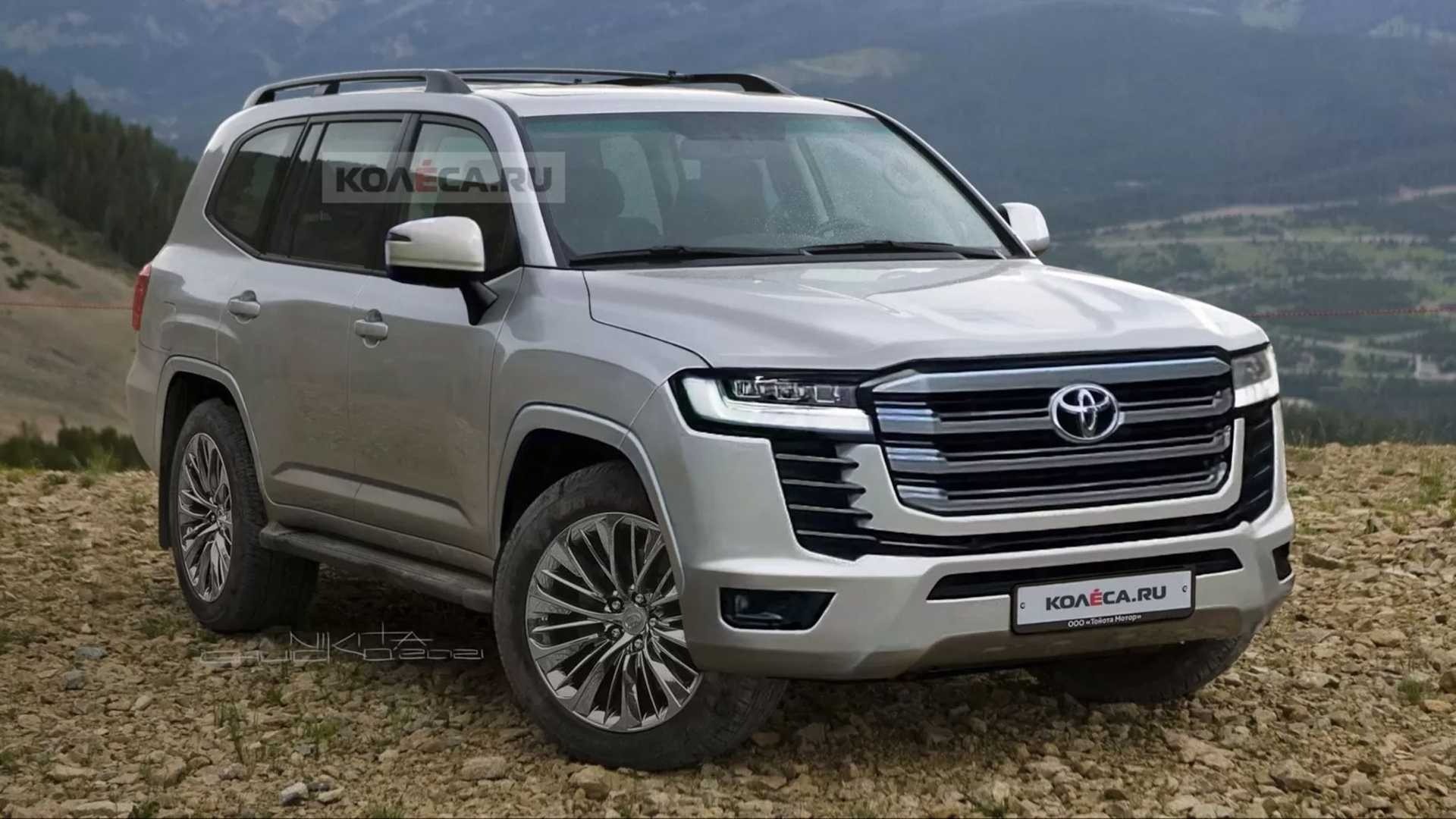 Toyota’s effort to keep the next-generation Land Cruiser hidden from the public has failed. Spy shots have revealed the hulking SUV in all its glory, showing off a familiar-looking model that sports several styling tweaks over the current model. So far, the photos and video haven’t been of the highest quality, making the design details challenging to notice, but new renderings help put the new model into focus.

The unofficial renderings come from our friends at Kolesa.ru, and they show the new Land Cruiser keeping its boxy, off-road-oriented shape, though Toyota classes it up with some notable styling changes. The new one’s overall look is a bit more luxurious, sporting a sleek new front fascia with a U-shaped opening underneath framing the new face. The headlights are sleeker, too, with the fog lights moved to the lower bumper corners.

The renderings also show the Toyota with chunkier fenders accentuated by sharper body creases. The rear isn’t all that different from the current Land Cruiser. The rear taillights sport a new design, but the back is still very tall and very upright. The lower bumper sports a new design, moving the red markers underneath the valance. Along the side, there’s a more noticeable upward kink at the rear in the greenhouse, which we’ve seen appear on other makes and models.

We’ve yet to see the redesigned interior, though technical drawings revealed last month did provide an idea of what to expect. The new Land Cruiser will get a new interior design with a redesigned dashboard. The infotainment screen will sit above the HVAC vents and other controls, unlike the current model that has the vents flanking the center screen. Analog gauges will carry on, though the instrument cluster will have a large digital screen.

Rumors suggest the base model will get a twin-turbocharged 3.5-liter V6 with a hybrid version also available. We expect Toyota to launch the new Land Cruiser in 2022.