After upping the spice levels on a majority of its vehicles – i30 N, i20 N, Veloster N, etc – the Kona looks to be the latest vehicle... 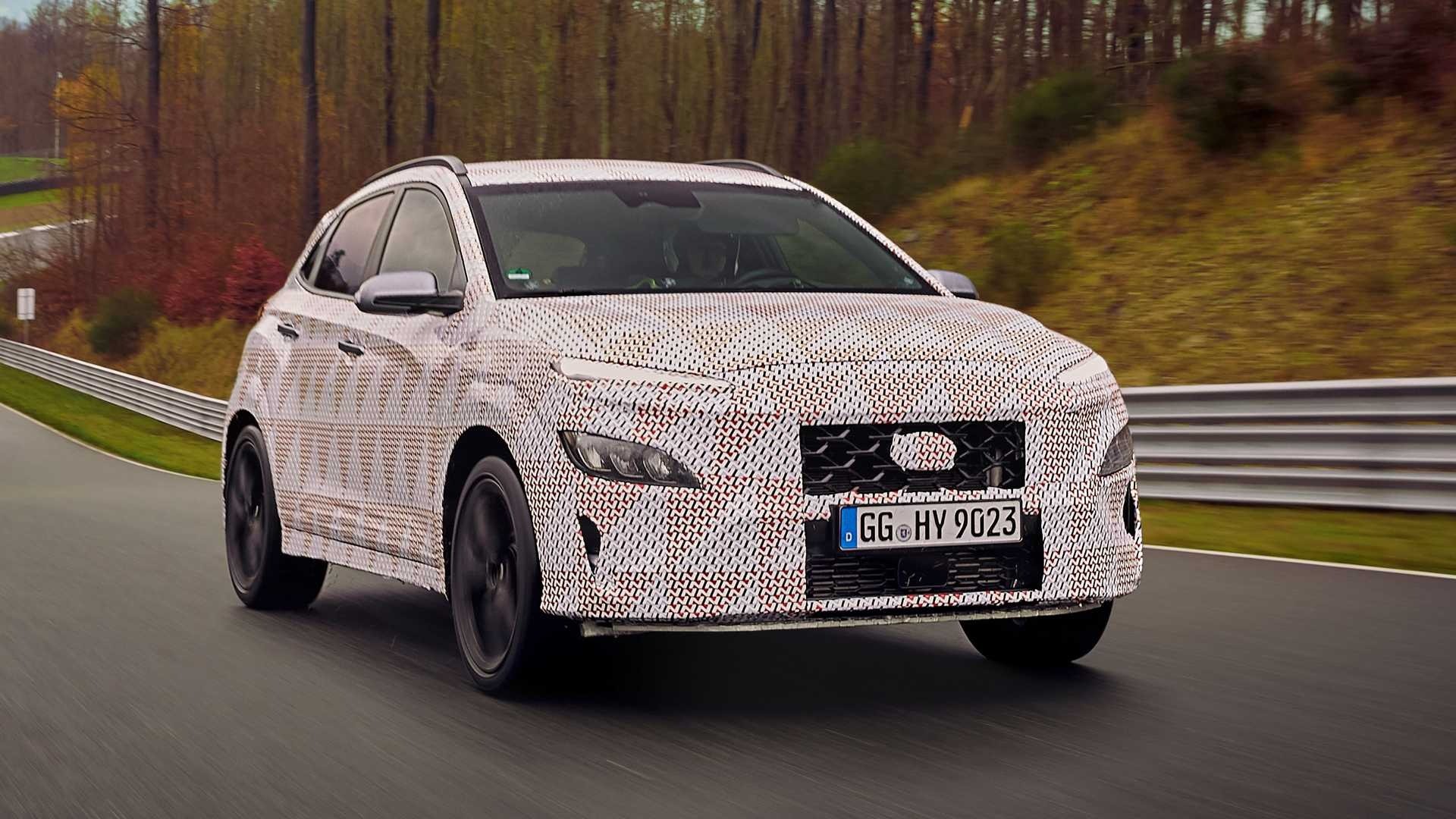 After upping the spice levels on a majority of its vehicles – i30 N, i20 N, Veloster N, etc – the Kona looks to be the latest vehicle to receive the N treatment. The clear focal points of the vehicle are the 278 horsepower (207 kilowatts) engine and the omission of a manual gearbox. Evo magazine recently profiled the hot crossover, showing off its party pieces in great detail.

As the South Korean automaker is stepping into the performance crossover limelight, we’d be remiss not to mention industry rivals – spoiler alert: there aren’t that many. Currently, the competition only involves the Ford Puma ST and VW T-Roc R.

Under the hood of the Kona N lies the same 2.0-liter Theta engine found in the i30 N; performance figures will remain the same at 278 hp (207 kW) and 289 foot-pounds (391.8 Newton-meters) of torque. Piston power is fed to the front wheels through an eight-speed dual-clutch transmission and an electronically controlled limited-slip differential.

Thankfully, the crossover will also receive the steering system and dampers from the smaller hot hatchbacks in the N lineup – the suspension will obviously be retuned to ensure optimal handling characteristics.

some of the sharper angles seen on newer Hyundai models. The only other party pieces we could spot were the sportier tail spoiler at the back and possibly some flared wheel arches.

It looks like the Kona N will be finalized in the next couple of months, and will be available to customers in early summer. Until then, all we can do is wonder what the Korean automaker is hiding under the vehicle’s high-visibility jacket.