Aston's Q division put tons of hours into the Victor, a V-12 carbon-bodied exotic with 848 horsepower and a manual transmission... 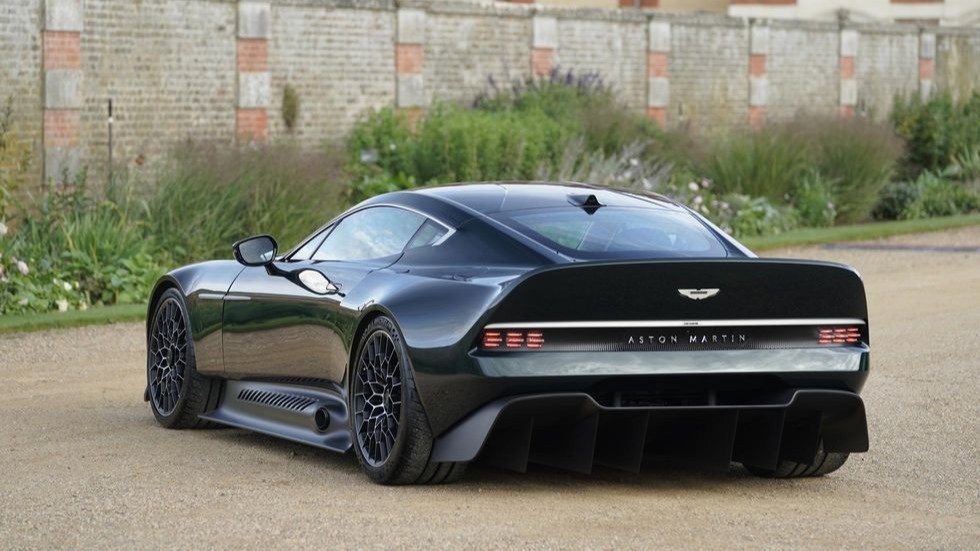 Aston's Q division put tons of hours into the Victor, a V-12 carbon-bodied exotic with 848 horsepower and a manual transmission.

Aston Martin has revealed a new one-off commission crafted by its Q division, a gorgeous and powerful carbon-fiber-bodied tribute to the original Vantage of the 1970s. Called the Victor, it's based on the company's One-77 supercar from 2011, with a reworked, 848-horsepower version of that car's naturally aspirated V-12, sending power to the rear wheels via a six-speed manual transmission.

The engine—a 7.3-liter unit that originally made "just" 760 horsepower—was sent back to its original designers at Cosworth, which squeezed nearly 90 more horses out of it without having to turn to forced induction. Torque is up slightly, too, at 606 lb-ft versus the previous 553. The gearbox, supplied by Graziano, needs two dedicated coolers and a custom motorsport clutch to handle all the power.

Underpinning the car's structure is the One-77's carbon fiber monocoque. But this is far from just a reskinned One-77. The suspension uses inboard springs and dampers from Aston's track-only Vulcan, adjustable six ways. The body itself is all carbon fiber, painted in a color called Pentland Green. Inside, the driver is greeted by a custom carbon fiber dash with a Vuclan-esque race-inspired steering wheel.