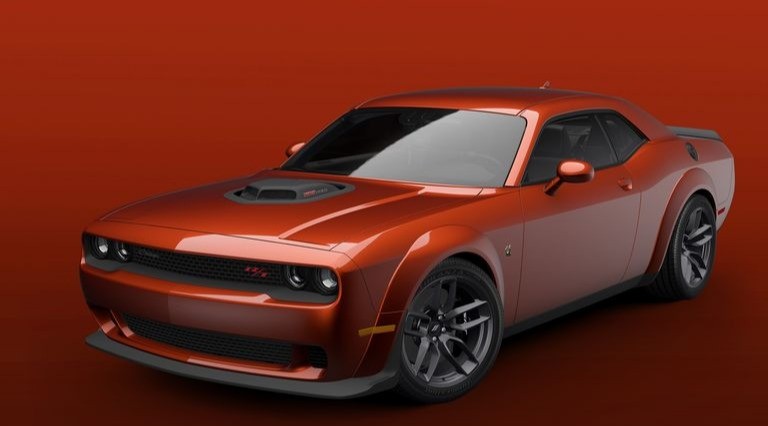 Dodge is adding Widebody models to the 392 Hemi V-8–powered R/T Scat Pack Shaker and T/A 392, so you can now get Dodge's wide-hipped treatment on practically all of its high-performance cars now. However, sadly, the Shaker hood and T/A trims aren't available on the four-door Charger. Both Widebody models will start around $50,000 when they arrive in dealerships next year.

You might think, wait, the Challenger Scat Pack already has a Widebody model, but it's complicated to navigate the list of Dodge's special edition models. This is the R/T Scat Pack Shaker, which is equipped with a cold air-grabbing shaker that comes straight up out of the hood from the engine bay. The T/A 392, however, is more of an appearance package with a satin black hood, roof, and decklid, along with T/A-specific graphics and more special touches.

Both new Widebody models are powered by Dodge's 392-cubic-inch Hemi V-8, which produces 485 horsepower and 475 lb-ft of torque and is paired with a standard six-speed manual transmission, though an eight-speed automatic is available. Dodge claims that the Scat Pack Widebody runs a 12.1-second quarter-mile at 112 mph, which is two-tenths of a second quicker than the standard Scat Pack.