The Mercedes-Benz S-Class is all-new for the 2021 model year. On the outside, it may look like a simple evolution... 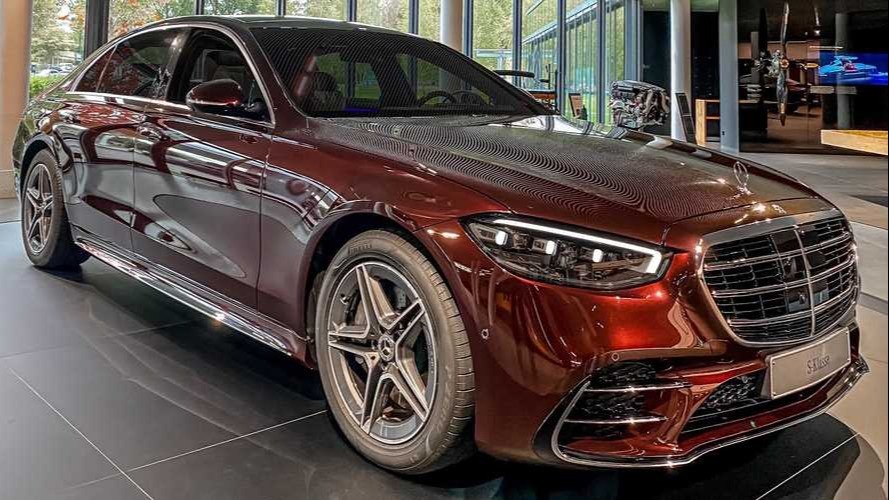 The Mercedes-Benz S-Class is all-new for the 2021 model year. On the outside, it may look like a simple evolution of its predecessor but the truth is it’s an all-new model underneath with many technological innovations. A new video from the Mr. Benz channel on YouTube takes a detailed look at some of the vehicle’s features.

Starting with the exterior, it’s interesting how the radiator grille is actually the same size as before but the larger headlights make the front fascia look more imposing. Also, the hood is longer, the wheels are sharper and larger, and the C-pillar flows more smoothly into the rear shoulder.

Features such as the optional flush door handles and the 'aerostripes' on the insides of the mirrors improve the sedan’s aerodynamic coefficient. Despite its size and opulent presence, the new S-Class has a drag coefficient of just 0.22, making it one of the world's most aerodynamic cars.

The car in the video is an S-Class 350d which means there’s an inline-six diesel engine under the hood good for 285 horsepower (215 kilowatts) sending power to the rear wheels. It’s a nicely-specced example in red and if there’s one thing we’d change, it’s the selection of the wheels. The set of 19-inch, five twin-spoke rims on this particular car are too small and too generic for the S-Class’ profile, at least in our eyes.

Last but not least, it’s important to note that this particular car is a pre-production prototype. Basically, this means that if there are quality issues you see with it in the video, they are probably related to that fact. There may be infotainment anomalies as well.