Opel is going back to the future by giving the original Manta A an electric heart to keep up with the times. Sadly only a one-off project... 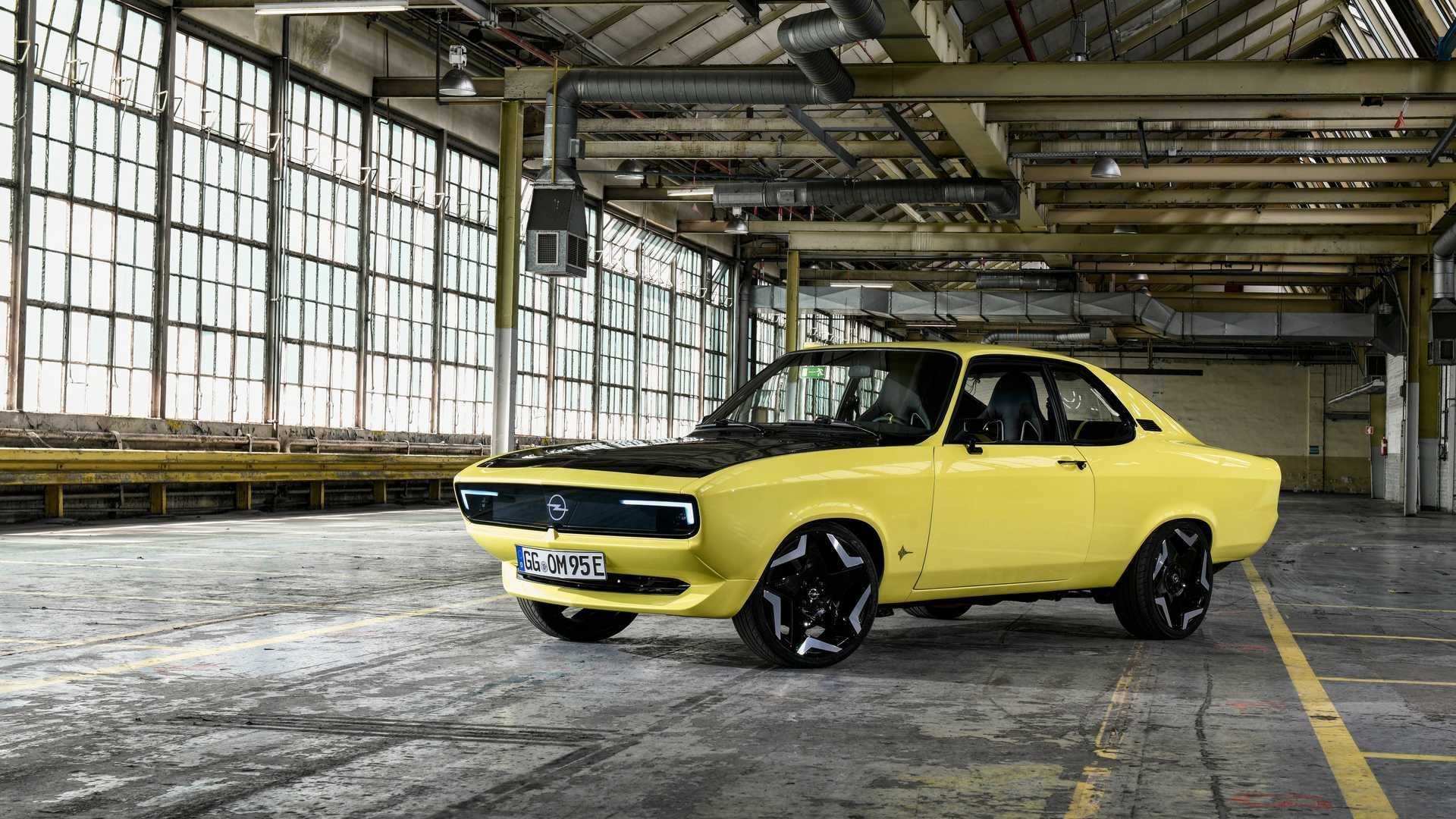 Opel is going back to the future by giving the original Manta A an electric heart to keep up with the times. Sadly only a one-off project, the ElektroMOD revives the spirit of the 1970s sports coupe while eschewing the four-cylinder gasoline engine for a rear-mounted electric motor. With 145 horsepower (108 kilowatts) and 188 pound-feet (255 Newton-meters) of torque on tap, it's the most powerful first-generation Manta to come from Rüsselsheim.

Much like its forebearer, the zero-emissions Manta retains the rear-wheel-drive layout and it even keeps the four-speed manual gearbox. In some ways, it's similar to the Ford Mustang Lithium EV as that concept also combined an all-electric powertrain with RWD and a three-pedal setup. The Opel Manta GSe ElektroMOD as it's known by its full name gets the necessary juice from a 31-kWh lithium-ion battery good for about 124 miles (200 kilometers).

The restomod is not just about swapping the ICE for an EV as Opel has also tweaked the exterior design to add the latest corporate identity originally seen on the 2018 GT X Experimental concept with its Vizor front fascia. It has trickled down to production cars since then and now it's getting a built-in LED screen that shows a variety of messages, including "My German heart has been ELEKTRified."

Finished in a vibrant neon yellow paint, the restomod boasts redesigned wheel arches to fit those new 17-inch alloys. Specifically created for the car, the new shoes come with 195/40 R17 front and 205/40 R17 rear tires. At the back, the trunk lid proudly displays the "Manta" lettering using Opel's newest script.

But wait, there's more. Opel went the extra mile and fiddled with the interior as well. The dashboard now accommodates a dual-screen setup oriented towards the driver, with the instrument cluster measuring 12 inches and the infotainment display featuring a 10-inch diagonal. If those sporty seats look familiar, it's because they were borrowed from the Adam S. Yellow accents throughout the cabin create a visual connection with the vividly colored body.

Opel suggests additional factory-created electric restomods are on the agenda, and we're keeping our fingers crossed the GT and Calibra are on the "to do" list.