Spy shots of the Volkswagen Taigo look familiar because we’ve already seen the model debut as the VW Nivus. The compact... 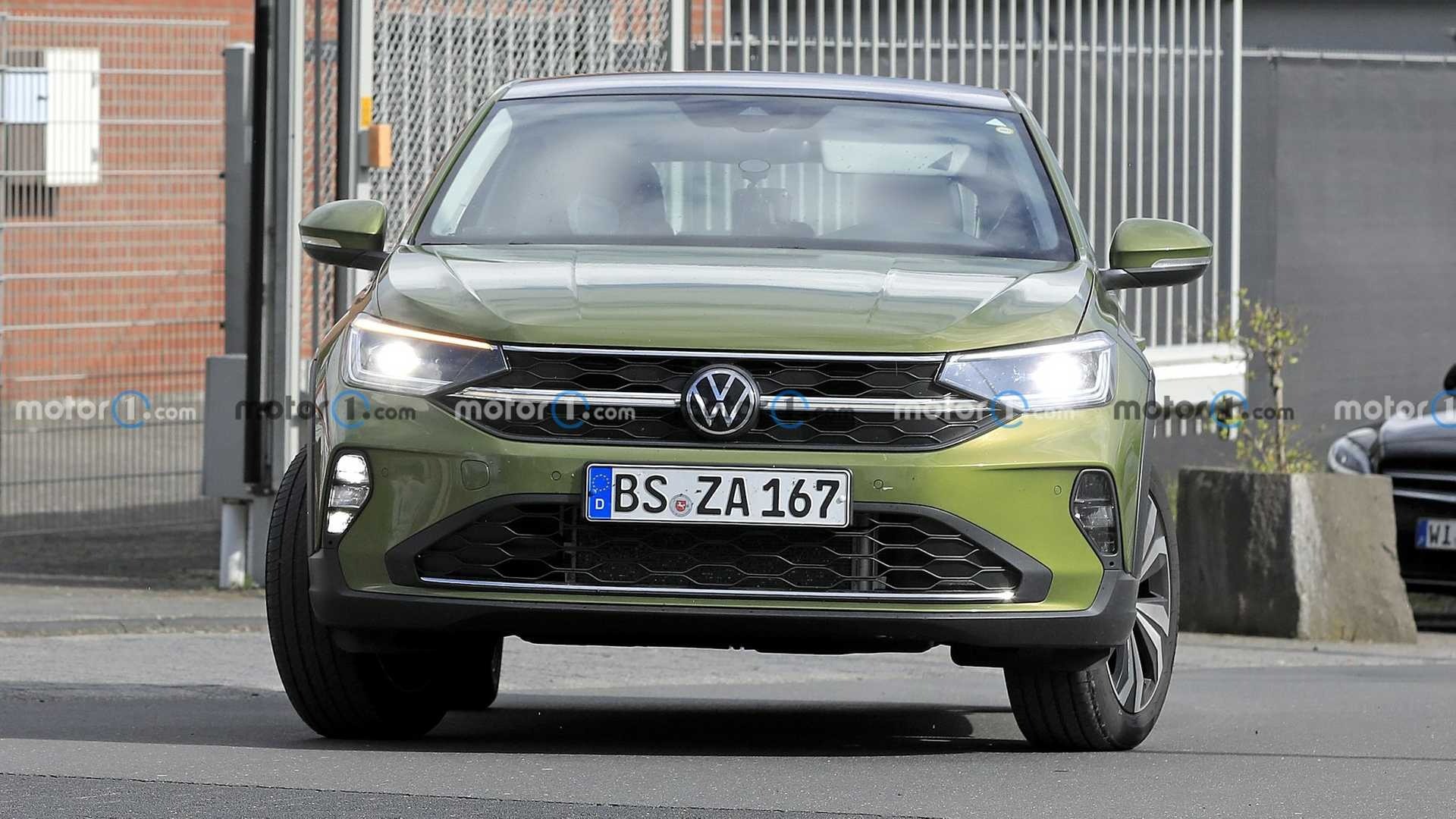 Spy shots of the Volkswagen Taigo look familiar because we’ve already seen the model debut as the VW Nivus. The compact, coupe-like crossover debuted last year for Brazil, though VW will bring it to Europe as well. To do that, the German automaker will give the model a new name – Taigo – while tweaking the design. The new spy shots show the car without a lick of camouflage, though it doesn’t appear to be wearing many of the styling changes.

VW teased the Taigo back in March, showing it off with a bold new bumper with a lighting element surrounding the grille badge, though those are not on the Taigo test mule in the photos. Instead, the Taigo looks like it’s wearing the same front end offered on the Nivus. Moving to the Taigo’s rear, there is a different taillight design that extends into the hatch to flank the VW badge. The crossover rides on VW’s MBQ-A0 platform, which also underpins the Indian-market VW Taigun.

In Brazil, the Nivus comes with just one powertrain – a turbocharged 1.0-liter paired with a 6-speed automatic gearbox. The mill makes 128 horsepower (95 kilowatts). VW hasn’t said what engines will power the European Taigo, only saying that it’d be available with “economical TSI engines,” which indicates there won’t be a diesel. Volkswagen could give it different gearbox choices, too, like a manual.

The Volkswagen Taigo is set to go on sale before the end of the year, likely arriving at showrooms in the fourth quarter. The company hasn’t released any pricing information, though that and the powertrain details should come before it hits showrooms. The Taigo is similar in size to the T-Cross, though its coupe-like roof helps differentiate it from its more traditional sibling, which may seem like overkill, but you can’t have too many crossovers in your lineup right now.